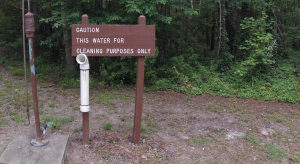 I am on six-month study tour of the US. Although I knew what America looked like from movies, news, and friends, the actual experience of being in America has been beyond my expectation.

Almost everything that I experience is overwhelmingly new – from staying in heated houses to figuring out city transportation, from drinking from a water fountain to ordering food in a restaurant.

Comparing America and Indonesia are like comparing apples and oranges. Here are eight examples that surprised me in my first month in America.

You can drink tap water

On my first day in a hostel in Seattle, I asked the hotel staff where I could get a glass of water. He pointed out the tap water. “How rude!” I said in my mind.

Later I found out that tap water in America is safe to drink. Americans take it for granted that water from any tap is drinkable. So much so that if the water is not drinkable (for example, irrigation water), they have to put up a caution sign. 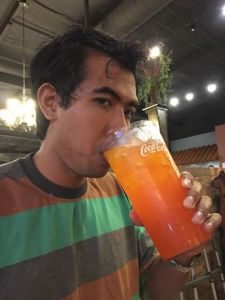 At a restaurant on my first week, my friends and I had a dinner in a restaurant. My friend ordered small portion of salad, he was surprised how big his salad was. I swear it said “small” on the menu. If my friend had ordered big portion, the salad might have been enough for four people.

American drink is even crazier. In a restaurant one day, I hold the biggest glass in my whole life. The glass is almost three times as big as regular glass in a restaurant in Indonesia.

Americans are very friendly and helpful

Surprisingly, I experienced the opposite. Americans are very friendly. People smile and greet me most of the time. When I got lost in a big city in Seattle, I asked an American for directions. He is very welcoming and helpful. He even checked his phone to find the address that I wanted to go to.

There are shockingly polite beggars in America

Beggars in America? Yes! Poor people are still around in the most economically powerful country in the world.

On a city street in Atlanta, a guy approached me and asked for spare dollar. “Sorry, I don’t bring any money with me,” I said (which was true). He sincerely replied “no problem, you have a nice day”. What a nice beggar!

Kentucky is not famous for chicken

Kentucky Fried Chicken (KFC) is everywhere in Indonesia. My Indonesian mind thinks chicken when I hear Kentucky. An American might think of Kentucky Bourbon whisky or horse rising. It is true that KFC was started here, but Kentucky is famous for many things, and KFC is just a tiny bit of the others.

I only stayed in Kentucky for one night, but I learned from my American mentor that people of Kentucky would be offended if we said that their state was famous for chicken.

Driving down the highway, I passed a construction site. To my surprise, the men operating the machinery were white. In Bali, I only see white men as tourists, and roads are built by poor dark people.

Americans drive on the right

For a new foreign driver like me, the hardest thing to remember is to stay on the right side on the road. Once, during my driving practice, my teacher freaked out. I innocently asked “What’s wrong?” I was driving on the left, and I did not even realize it.

Tipping waiters is the norm in America. Americans are supposed to tip at least 15% of their meal purchase. Those who don’t tip are considered to be robbing the waiter.

Paying using a credit card? There is always a way. A waiter comes back to you with a receipt and a pen so you can write in your tip. In some restaurants, the receipt suggests how much the tips should be.